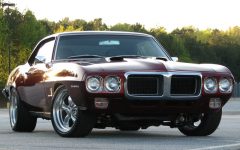 This article briefly describes the first generation of Firebird, which was produced from the 1967th – to 1969th. Coca-Cola which was very popular at the time – it was something new, good and made desire for more, influenced many car manufacturers, including the Pontiac group. The first generation Firebird model visually was ….. →